Long time no see! How are you? I haven`t talked to you in so long, I
just really wanted to say hello.
I have had some really rough 2 years with my career after releasing
my album that probably nobody remembers.  Until these couple of months
my manager calls me telling me to come back to Taiwan because they
wanted to discuss a new contract with Warner Music. I`ve waited SO
LONG for this, and it finally came to a point where Warner agreed to
put me on their schedule for April of next year to release my 2nd
album.  We were talking about contract details, knowing we were going
to sign a new deal around the 20th (at least that`s what we were
told). BUT just today, I received a call telling me that
Warner had changed their mind on the contract (thats what my manager
told me, who knows if its true or not). They decided to let me go.
So all this time of waiting, anticipating, came to an end for me with
just ONE phone call. I was so depressed and disappointed tonight that
I couldn`t sleep. So, I decide to go down to the nearby 7eleven to get
a drink. I was sitting in 7eleven speechless, listening to your show
that they were playing, untill i heard a familiar melody. I couldn`t
think of what the song was, until I heard my own voice.. What are the
odds??  You played "我等的人會是誰"   and the next thing I knew, I was
bawling in tears.
I`ve never listened to that song like I did today.
When everything was over for me, you cheered me up with just one
click.  And I`ve decided to keep fighting. 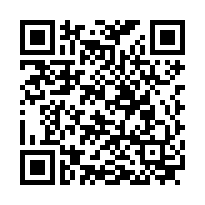